Unidentified Wiki
Register
Don't have an account?
Sign In
Advertisement
in: Female, Homicide by beating, 2016 discoveries,
and 12 more

Beating
Annabelle Chen was a woman who was found inside a suitcase in the Swan River in Perth, Western Australia on 2 July, 2016.

While unidentified, Chen was thought to be between 30-45, which was later revised to 30-50 with an updated reconstruction.

Chen was originally from Singapore and moved to Perth, Western Australia in 1999. She spoke a number of languages, including Mandarin and Cantonese. She was a talented artist from a wealthy family, divorced and had estranged children, so it was not uncommon for her to go months without contacting relatives. Investigators described her as a "private, caring, spiritual person".

Chen was murdered sometime between 30 June and July 2, 2016. The circumstances surrounding Chen's murder are conflicting. Chen's daughter alleged her father (and Chen's ex-husband) hit her with a paperweight during an argument about money, while Chen's ex-husband stated their daughter told him she killed her during a fight about her upcoming university graduation ceremony.

A suitcase containing Chen's body was discovered in the Swan River at 7:30am in East Fremantle on 2 July, 2016 by a fisherman. Ceramic tiles were also found inside the suitcase, which were used to weigh it down. A scooter with a chopping board attached was also found in the Swan River a short time after the discovery, which investigators believe was used to transport the suitcase.

Chen's daughter traveled from Melbourne to Perth after she had not heard from her mother since 30 June, two days prior to the discovery of the body and reported her missing.

After lying to police, Chen's ex-husband and daughter were charged with first degree murder. Both were put on trial, where they both blamed each other for Chen's murder. Chen's ex-husband was found guilty of first degree murder and sentenced to life in prison, while her daughter was found guilty of being an accessory to murder and served three years. 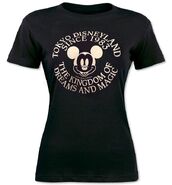