"Anna" was a young woman murdered in Long Beach, California in 1974. Her murder was solved but her identity has not been discovered.

The woman was found strangled on the jetty of Alamitos Beach, in Long Beach, California. She had also been raped. No identification was found with the remains, and she had possibly been spotted before her death.

In 2013, a Texas man confessed to helping dump the woman's body. He also told police that a man named Gary Stamp was responsible for the victim's death. Stamp was arrested and ultimately confessed to murdering her. He stated that he had met her at a bar, and that her name was possibly "Anna". Stamp died of cancer in January 2014. 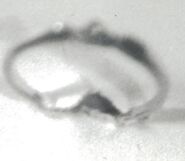