Few details are known about Anita's disappearance, except that she came to Southern California to "make it into Hollywood".

Her parents received her letters daily. When they stopped, her family hired a private investigator, but their efforts proved unsuccessful.

Anita's body was found hours after she died. It is believed her murder resulted after her killer struck her in the face and proceeded to rape her. He then pulled her out of his vehicle and slit her throat, leaving her at the scene she was discovered. Anita died only five days after her 26th birthday.

Investigators received a break in 2011 regarding the identity, after a witness reported to authorities that the victim resembled an acquaintance she remembered as "Rosie." The woman in question was from New York (having a thick accent characteristic of the area), with an "Italian" surname, and had a son with the nickname "John-John." The witness elaborated to say that the woman worked at a bar in Long Beach, California.

At the scene, a cigarette butt was found, which may have been dropped by her killer. DNA was extracted, yet it never matched to profiles in the CODIS database.

Colleen Fitzpatrick, formerly of the DNA Doe Project, was asked to help track down the victim's relatives using DNA. Within a week, Colleen found a relative in Maine. This relative then located his cousin's obituary, which listed her siblings (including Anita Piteau) who hadn't been seen in years.

Using DNA from Anita's clothing, her killer was also identified as Johnny Chrisco, who died of throat cancer in 2015, at the age of 71. Little is known about Johnny except that he was in the army and arrested in Orange County in 1971. Before her identification, it was speculated that her murder was committed by an unspecified or unidentified serial killer. 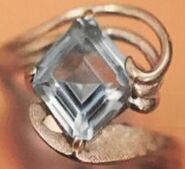 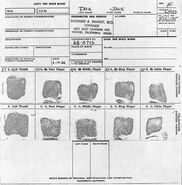 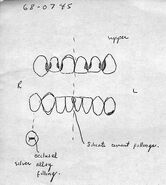