Unidentified Wiki
Register
Don't have an account?
Sign In
Advertisement
in: 1969 deaths, 1999 discoveries, Homicide by beating,
and 13 more

Reyna Angélica Marroquín (December 2, 1941 - January 1969), known by her middle name, was a woman from El Salvador who was murdered in New York, after immigrating to the United States. Her mummified body remained undiscovered for thirty years.

The identification date for the victim is unclear, but likely occurred within the first few months after her discovery.

Marroquín's remains were discovered inside a 55-gallon barrel in the crawlspace of a home in Nassau County, New York, when a resident and his friend opened it, nine years after purchasing the house. The remains had been mummified by the fluid contained in the barrel, which were visible immediately.

After the autopsy, the body was estimated to belong to a woman of European or Hispanic ancestry, who was carried a near-term male fetus. She had suffered blunt-force trauma to the head. She was killed by the previous owner of the home, Howard Elkins, with whom she had an affair with while she was employed at his artificial plant factory in the late 1960s.

It is believed Elkins murdered Marroquín after she informed his wife about the pregnancy. Elkins concealed her body in the barrel, and filled it with fluid and plastic pellets, which unexpectedly made it nearly impossible to transport. As a result, he left it in the crawl space, where it went undisturbed for over thirty years.

A pocketbook found with her remains was dehydrated, and writing it contained the address of Marriquín's friend, who had not relocated after the murder. After police questioned Elkins at his new home in Florida, he shot himself after denying involvement. His DNA matched the fetus found with the remains, proving he was the father of her unborn son.

After her identification, Reyna Angélica Marriquín's body was returned to El Salvador for burial. Her mother was still alive at the time, and she had never known the fate of her daughter after she left the country to start a life in America in 1966. Her family appealed to the public of El Salvador after they lost contact with her. 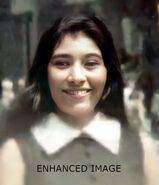 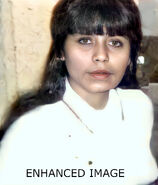 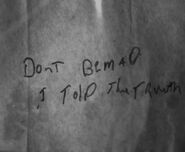 Tracing of a note believed to be addressed to Howard Elkins