Unidentified Wiki
Register
Don't have an account?
Sign In
Advertisement
in: Featured cases, Female, Deaths by vehicle accident,
and 17 more

Kuiper was a hitchhiker who had stayed at different households when traveling. She had a habit of pulling her hair and wrapping it around her fingers, in a similar fashion as a ring. She claimed to have been "adopted at an early age" and was searching for her biological parents. She described them as "prominent" but would not identify who they were. Her statements also suggested she was possibly from New York or Virginia. Not long before her death, she had purchased clothing at a Goodwill store with money given to her by a couple she had stayed with previously. Although correctly stating her age, she was suspected to be as young as sixteen, which was later adjusted to reflect the span of 18-25 years old.

On April 1, 1990, she was killed after stepping into traffic while in Huntington Beach, California. Multiple vehicles were involved in the accident, although she was facially recognizable after her death. She died at the scene before emergency services were notified. The information about her activities before she died came from at least two witnesses.

Fingerprints taken from her body were entered into AFIS, with the aid of Namus, and they matched with those of Kuiper that were already added into the system. The information surrounding her visit to California was confirmed after the identification took place. She suffered from bipolar disorder and had a history of drug use, although it is unknown if she had recovered before traveling to the state. She had contacted her adoptive family in the months preceding her death to confirm she was safe. 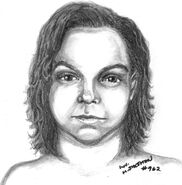 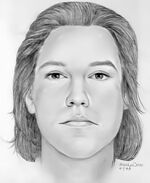