Unidentified Wiki
Register
Don't have an account?
Sign In
Advertisement
in: Female, Homicide by asphyxiation, Cases with Wikipedia articles,
and 15 more

Amber Gail "Aimee" Creek (July 12, 1982 - c. January 31, 1997) was an American teenager who was found murdered in Racine County, Wisconsin. She was unidentified for approximately one year until her father viewed her case on America's Most Wanted and submitted a tip that he believed the victim was his missing daughter.

Creek was a habitual runaway and had lived a troubled life, as she had suffered from depression and eventually resorted to using drugs and alcohol.

Creek had run away from a youth home in Illinois and was eventually murdered; her body was disposed of in a wildlife reserve in Racine County, Wisconsin. She had been beaten, asphyxiated with a plastic bag, bitten on the neck and had been slashed in the face, along with being raped.

Amber's body was unidentified for a year. She had been buried with a headstone with the name "Jane Doe." Her father had viewed America's Most Wanted, which detailed the case, and believed the victim was Amber.

In April 2014, a man was arrested after his DNA matched the biological evidence at the scene. He entered a "not guilty" plea, despite overwhelming forensic evidence. In late 2016, he pleaded guilty to a lesser charge of homicide. Police are investigating the theory that more people may have been involved in her death. 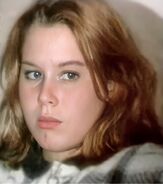 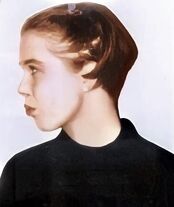