Unidentified Wiki
Register
Don't have an account?
Sign In
Advertisement
in: Featured cases, Female, Homicide by drowning,
and 21 more

Alisha Ann Heinrich (May 24, 1981 - December 3 or 4, 1982), formerly known as "Delta Dawn" was a young girl located deceased in the Escatawpa River in Moss Point, Mississippi in 1982. She was last seen with her mother, who remains a missing person and her mother's male friend, now a suspect in her death. Her identification was announced on December 4, 2020, nearly 38 years after her murder.

It is believed that Heinrich was seen alive with a woman who was carrying a child while pacing over a bridge. The woman, presumably Heinrich's mother or abductor, was causing a disturbance and refused help from those who offered.

Her body was found after a man had called police to report a woman's body in the river, but the child's body was found instead. The adult has never been located. The caller stated that the victim was wearing a blue plaid shirt, possibly flannel.

Heinrich had been alive when she entered the water, as she inhaled water before dying. An apparent attempt to smother her had taken place beforehand. It is unknown why she had been disposed of in the water.

Another victim, Gary Simpson, was found after an additional search. It was determined that his death was not related to Alisha's case, as he had been shot and had been deceased for a significant amount of time prior to Alisha. 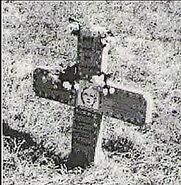